Field notes written by archaeologist Frank Cushing, who explored the western side of Pine Island in 1895, formed the basis for the museum’s large wall mural depicting a Calusa village. Cushing made outstanding discoveries of Calusa art, copies of some of which are on display along with authentic artifacts, pottery, shell tools and other materials found in Pine Island’s famous Calusa mound excavations.

The art of the Calusas is replicated according to Frank Cushing’s observations and discoveries on Marco Island in the late 1800s. After exploring Pine Island, Cushing hired Capt. John Smith, an original settler on Pine island, and his sharpie sailboat to take him to Marco Island. In a water-filled bog, artifacts were discovered which were made of painted wood. These copies replicate Wells Sawyer’s paintings done at Marco at the time of the discovery. The original feline is at the Smithsonian, and the deer head with articulated ears is at the Museum of Natural History in Gainesville, FL. They are two of only a few existing copies made from the Cushing originals that exist today. Our museum copies are made from plaster cast made from the originals.

Other items show the forming of pottery and the making of tools from shells.

The large, exquisitely detailed beaded tapestry of George Washington was completed in 1874 by Mrs. Sarah Kuster and her daughter, Mary Custer Close. The picture contains approximately 300,000 glass beads, most of which were imported from Europe. Family members believe that it took more than 10 years to complete this project, and it is mounted in its original gold-leaf frame. It is not a Florida native, but has been part of Florida’s history for more than a century. Mrs. Sarah Custer and her daughter made the portrait while they lived in Baltimore, Maryland. There is quite a history behind this tapestry. The ladies who created it were guests at Abraham Lincoln’s inaugural ball and made several trips behind Confederate lines between Baltimore and St. Petersburg, Florida, during the Civil War. It was exhibited at the 1893 Chicago World’s Fair and at the Florida Pavilion of the New York World’s Fair in 1939. Eventually, the family settled permanently in St. Petersburg and the portrait hung in the lounge of the Pheil Hotel.

When the Pheil Hotel was sold and converted to a bank, a member of the Pheil family noticed that the portrait was hidden in an obscure room and was not being cared for. She took it to her residence and the family began a search for someone to care for this family treasure. It was donated to Museum of the Islands, and we are currently researching conservation techniques and financial grants that will preserve this extraordinary example of 19th century folk art for future generations. 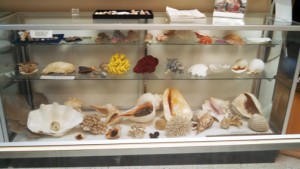 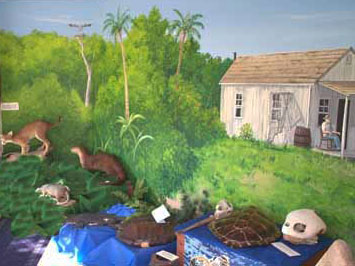 Several generations of dolls (donated by Nellie Coleman) happily ride the impressively restored horse cart that fills much of the Pioneer Room. The cart dates from the early part of the 20th Century. 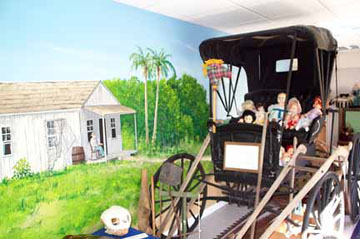 The Pioneer Room also contains a number of displays depicting various areas of “life on Pine Island” including a beautiful mural depicting “Old Florida.” You will also find old washing machines, memorabilia from the St. James City Centennial celebration in 1985, along with dolls, ladies beaded purses and fancy hats from the turn of the century. 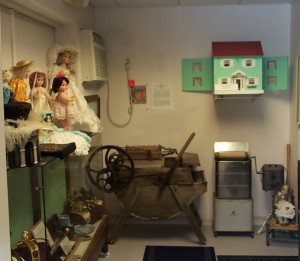 The museum houses a large collection of everyday items that made up life in the Pine Island area. Everything from vintage telephones to household items to bits of farm machinery and fishing gear are assembled in lively displays.

Whether it’s recreational or commercial, fishing is an undeniable part of the history and present of Pine Island and neighboring Matlacha. One of the museum’s display cases is dedicated to the sport and industry that had the islands on its maps–literally and figuratively–for many years. Displays discuss fishing as well as the fish that are the object of so much attention here year round. 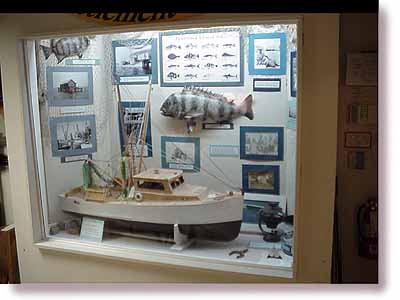